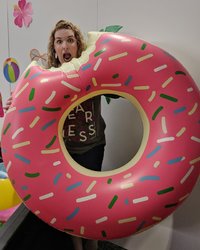 Lauren Hayward Schaefer is a developer advocate for MongoDB. She began her career as a software engineer for IBM where she held a variety of roles including full-stack developer, test automation specialist, and growth hacking engineer. She is an international speaker who is skilled in taking hard-to-understand topics and making them seem simple. Lauren holds a BS and MS in Computer Science from North Carolina State University and is the co-inventor of thirteen issued United States patents.

Stop! Don't Make These Mistakes in Your Document Database

As Daniel Tiger wisely sings, "It's OK to make mistakes. Try to fix them, and learn from them too."