ElasticSearch is quickly becoming one of the primary contenders in the search space: it is distributed, highly available, fast, RESTful, and ready to be plugged into Web applications. Its developers have been busy in the last year; this talk will do a quick introduction to ElasticSearch and cover some of the most interesting and exciting new features. We might even take down a live server or two to illustrate a point. 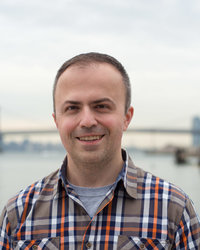