Multi dimensional data analysis and other OLAP related technology remained the black ducks of the Java platform for years. A few Java Community Process initiatives attempted to resolve the problem in vain. Numerous factors contributed to the slow penetration of OLAP in the Java ecosystem. In the end, much was learned. A standard could only come from a genuine community process. Olap4j emerged as the secret love child of these attempts. Much was learned indeed. Today, olap4j is the de-facto standard for all that is OLAP in the Java world. This talk is aimed at seasoned developers who wish to architect and implement Business Intelligence software. Olap4j is a full toolset of OLAP tools for Java, from driver management to what-if analysis. 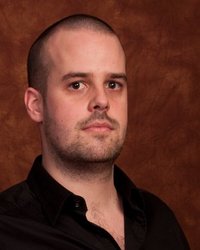 Senior software engineer at Pentaho Corporation, I am a core member of the Mondrian and olap4j projects.