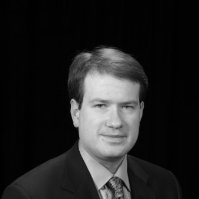 Ryan Cuprak is an CPG & Retail, Formulation R&D Development Senior Manager at Dassault Systemes, co-author EJB in Action 2nd Edition from Manning and the NetBeans Certification Guide from McGrall-Hill. He is also president of the Connecticut Java Users Group since 2003. Ryan is a JavaOne Rockstar Presenter. At Dassault Systemes he works on the ENOVIA Enginuity chemical formulation software and is involved in desktop and backend server development as well as client data migrations. Prior to joini

Chaotic classpaths can be be source of constant unexpected problems in development and production. All too often everything including the kitchen sink is dumped onto the classpath to make an app work. Who has time to look or figure-out research conflicts or troubleshoot transient errors? In this session I cover some of the bizarre issues I've had to troubleshoot (in production!) along with tools I've created to to identify and resolve problems.

Jakarta EE 9 will have a major impact upon the Java ecosystem whether you directly use it or NOT. Do not assume you aren't impacted! The change will have a ripple effect on many open source libraries and frameworks, including Spring! In this presentation I will cover what has changed and how to assess and mitigate its impact upon your application(s).