CLI, the other SAPI

Most developers use PHP in a web context and run their code via Apache.

The command line interface (CLI) is another approach to run PHP without the overhead of your webserver.

This talk not only illustrates the usage of the PHP binary, but also some use cases for which the CLI is the better tool.

I'll be touching subjects such as: 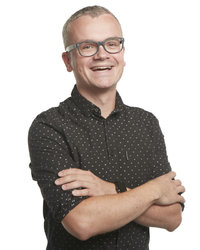 Thijs Feryn is a "technical evangelist" at Varnish Software, the company behind the Varnish Cache open source technology.

His goal is to bring technology to the people and people to technology. He focuses on bridging the gap between code and infrastructure.

Thijs is a published author with O'Reilly and Vulkan Media, he is also involved in many open source communities. He speaks, listens, writes, codes, teaches, blogs, vlogs, organizes and is above all very excited to speak at Confoo