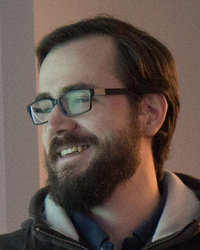 Andrew is a tech lead at Zendesk working out of the Montreal office. Since 2015 he's been working on the business-to-user conversation platform that began as Smooch.io (acquired by Zendesk in 2019). He has 15 years of experience in software development, previously working on identity and access projects at Microsoft, and tech support software at Radialpoint. Outside of work he enjoys being a Dad, skiing, guitar, and talking about himself in third person.

Are Your Interns Reviewing Code?

Most dev teams have a code review process but not all code review processes work as well as they could. I'll talk about why your team should bother doing code reviews in the first place, how your team can derive the greatest benefit from a healthy code review process, and how vital it is to your dev team culture. Most importantly, I'll explain why you should have your interns review your most senior developers' code.

Redis is not just a cache

A common misunderstanding about Redis is that it's just a cache, or that you should only store ephemeral data there. In this talk I hope to dispel that myth by sharing some non-cache Redis recipes. I'll talk about how Redis can be used to solve problems such as distributed locking, message queues, one time tokens, and rate limiting.