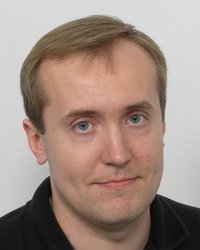 Sergii Baidachnyi is a principal developer evangelist at Microsoft. Currently residing in Canada, Sergii is responsible for working with the developer community and promoting client-development tools as a superior mechanism for creating cross-platform business applications.

The author was introduced to the .NET platform circa 2001, and since that time, he has actively participated in a number of .NET projects, developing, managing, and architecting financial, medical, and multimedia applications. At the same time, Sergii led Microsoft IT Academy, where he delivered .NET-related trainings on C#, Windows Forms, ASP.NET, and so on. He has published articles and reviews in multiple IT-industry magazines and several books on ASP.NET, Silverlight, Windows Forms, and Windows 8 Development. His book about Windows 10 development is available on Amazon.

You can read more of Sergii’s musings on his blog at http://en.baydachnyy.com. You can also catch him attending and speaking at Microsoft events around Canada. Sergii’s twitter is @sbaidachni.