Ruby is the epitome of an object-oriented language, with everything from integers to nil being represented as objects. Still, there is room for object-oriented Ruby designs to benefit from functional programming concepts. We'll go over how the functional programming idea of small, isolated units without side effects applies to the design of objects as well as functions, and how this approach leads to highly maintainable and testable code. 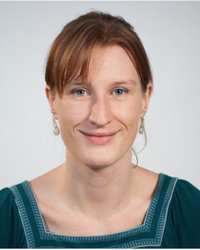 Anne Johnson is a software developer in Durham, North Carolina, focusing on Ruby, Ruby on Rails, Javascript, and functional programming. She started her career as a researcher in a fern biology lab, where her eyes were opened to how programming can be used to solve problems too large to handle by hand. From there, she taught herself Ruby and web development and has been hooked on coding ever since.