Open Data as the Engine for Innovation

Open Data and Open Government movements are rapidly gaining ground in Canada and the World. They bring together the power of Open Source, Cloud and Mobile to create the future of break-through innovations. They connect citizens and governments, drive more transparency, efficiency and civic engagement. This session explores how Open Data creates new opportunities for developers and start-ups to help governments and us (citizens) to transition to this future, faster, and looks at what technologies will serve as the building blocks for an Open Government Platform of the future. We’ll look at some examples of Canadian Open Data and Open Gov projects, and how they use web, mobile and cloud to connect government and the citizens, capture the knowledge of "the people" and make Open Government “real” to citizens and developers. 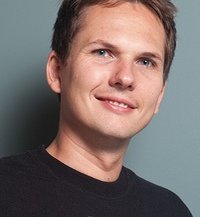