Manual testing is an important part of SDLC. Testing an application before production deployment used to be nightmare for both testers and developers, as most of the bugs were caught in QA. With the invent of terms like TDD(Test Driven Development), BDD(Behavior Driven Development) and DDD(Design Driven Development), it started a new era, where both developers and testers can have a sound sleep nights before production roll-out. Ruby is very powerful language and has many tools and libraries to write tests easily for automated unit and functional testing, so that manual testing efforts can be minimized, thus less chance of failure.

In this talk, I would like to share how TDD, BDD and DDD together with Ruby can be helpful to build robust applications, with better design and good automated test coverage. I will also share some tools, which can show the code coverage for unit and functional test suites. 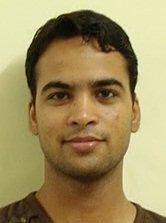 An IT Analyst working with Tata Consultancy services for last six years. I have worked on Java, PHP and Ruby and since last four years, I am in love with Ruby on Rails and developed several applications.

I enjoy coding and sharing my learning with open source community, which helped me a lot to grow.