Would you like to learn how to create intuitive, powerful apps that can run across multiple devices? With the new unified Windows platform and Universal apps, it is now easier than ever to write code that is re-usable, modular and responsive. Join Christos Matskas as he shows you how to get started with application development using the new Universal Apps project template and discusses the advantages and disadvantages of this approach. 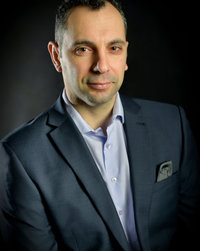 Christos Matskas has been working as a software developer for the last 11 years. He is an entrepreneur, founder and CEO of SoftwareLounge, a software consultancy firm. His portfolio includes collaborations with some great companies such as MarkIT, Lockheed Martin, Barclays and City. He is a passionate and enthusiastic speaker and he blogs regularly at https://cmatskas.com about software, technology, books and life. Christos is an Open-Source contributor and advocate.