When you test a program as a "black box", you send it in and out pops the result, like toast. But network code has I/O at two ends: the API and the network. If we only test the API, we don't test its wire protocol or error-handling. We need a "black pipe" test, which tests the API while messaging over a socket. I’ll present a handy library and advise you when to use black pipe tests. 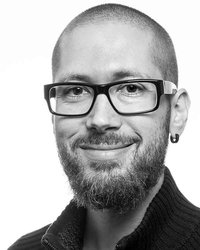 Staff Engineer at MongoDB in New York City specializing in C, Python, and async. Lead developer of the MongoDB C and C++ driver libraries. Author of Motor, an async MongoDB driver for Tornado and asyncio. Contributor to Python, PyMongo, MongoDB, Tornado, and asyncio. Co-author with Guido van Rossum of "A Web Crawler With asyncio Coroutines", a chapter in the "500 Lines or Less" book in the Architecture of Open Source Applications series.