Ruby Can Too Scale: Highly Performant Microservices in Ruby

Ruby developers have known for years that our beloved language is one of the most joyful to write. And yet, "Ruby can't scale" seems to be a daily article on Hacker News. In this presentation, aimed at intermediate-level Ruby developers, I'll present some tips and tricks that we've learned at New Relic writing Ruby services that scale to hundreds of thousands of requests per minute. 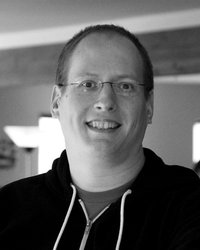 Tim Krajcar is an Engineering Manager at New Relic, where he runs the Node, Python, and Ruby agent teams. He's been working with open-source software since the early 90s and has built software, web, and infrastructure solutions for companies including Nike, Intel, Standard Insurance, Hitachi, Sutter Home, and McAfee. He lives in Portland, Oregon, USA with his wife, where they recently co-founded two early-stage daughters.